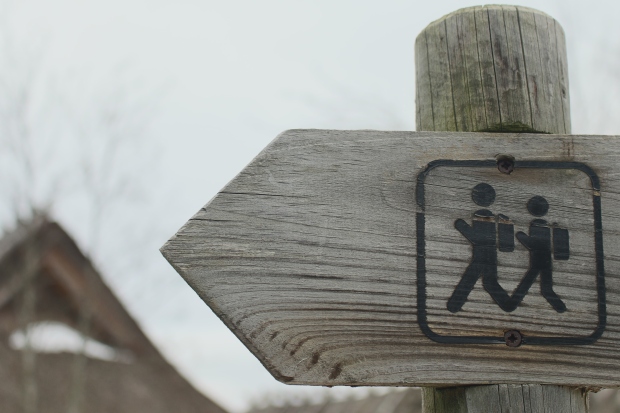 is the largest park in Estonia and one of Europe’s biggest national parks, with 1000 km2. Lahemaa, which roughly translates as “land of bays”, adjoins the coast of the Gulf of Finland

Before arriving to the touristic centre of information, I didn’t realize how wide this park was and all the different possibilities of hikes and walks there were. Luckily, the front desk lady explained it to me quite well, and with the help of a map, we headed towards the first little walk of the day in Altja, the fisherman’s village. There, I admired for the first time an endless beach covered in snow next to a peaceful forest and its snowy river bed.

“Altja is a typical seaside village, with all of its houses stretching along one street. The village was first mentioned in written records in 1465. The Uustalu and Toomarahva farms at Altja are typical coastal farms and have been restored by Lahemaa National Park. On the headland of Altja, you can see the fishing net sheds which were reconstructed on the basis of old photographs and the memories of the villagers. The village also has its own swing and tavern, where you can try local dishes”

Once back at the car, we drove towards Kasmu, the captain village in order to walk along the bay and historical houses before meeting the Captain itself and to visit its museum. This village also offers a longer walking path leading you through all the Historical and important locations.

A small coastal village set in the park. It is a settlement on the peninsula of the same name, known as the “village of captains“. From 1884 to 1931, there was a naval school here. Also, in the adjacent bay the ships used to be wintering. The local captains were particularly famous for their illegal trade with Finland – first by smuggling of salt, and in the 1920s, almost as now, of alcohol. Käsmu is probably the most visited place on the coast of Lahemaa National Park. Look at boulders and the sea, touch the history in the interesting naval museum, see the wooden lighthouse, or simply go out by boat. The village is built up by private houses-estates, which are somewhat similar to each other and painted in unusual way for Estonia, almost white colours with some kind of a shade.

Finally, we hurried to enjoy the sunset on the Viru Raba walk. Made out of wooden path floating on the water, it almost felt like a scenery out of this world. It was so peaceful and magical to be in between water and sky and to enjoy the wild silence.

One of the most widely recommended places to go there is Viru raba, which has a 5-km foot round track and observation tower. This is an easy hike and gives you the opportunity to see the bogs and swamp from the biggest wooden watchtower in Estonia. The first part of the track until the watchtower is even a wheelchair-accessible 1 m wide wooden path. After the watchtower wooden planks continue.

Arrived there in the sunny afternoon, we realized that the touristic information centre was closed. Uncertain of what to do, we first decided to change the lightbulb of the front car light while the temperature was bearable and the sun was shinning. While doing so, we met a couple from Latvia (our next destination) and started chatting with them about Baltic countries. They indicated us the right way for the hike we were about to do, but warned us about the high level of snow ahead.

Slowly we headed toward the viewpoint of the park, offering us the possibility to admire it without risking to fall into the water (surrounding us). So many different bird species were flying around, the sun was reflecting on the iced covered water, and again, what a scenery!

With an approaching sunset, we drove towards Sooma in order to walk on the wooden paths covering bogs and frozen water all the way to the viewpoint where we stood and admires all those different colours.

The Soomaa National Park is a wetland area in the Pärnu and Viljandi County. Visitors might know Soomaa best for its great flood or the so-called fifth season, when the water from melted snow or heavy rains floods all the lower forests, roads and even yards.

Indeed, the landscape might be more breath-taking or a bit less monochrome outside of winter times, but I found it dreamy and quite intriguing.